Don't Throw Out That Cork! 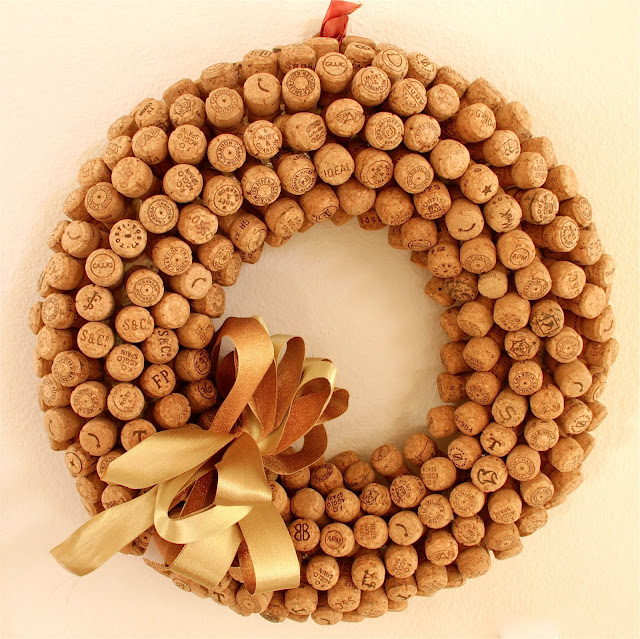 OK, I save stuff.  Not exactly a hoarder, but I've always thought that it would be great to save a few thousand wine corks and build a raft out of them, or maybe line my home office walls with wine corks for better music recording (according to Alan Parsons anyway). 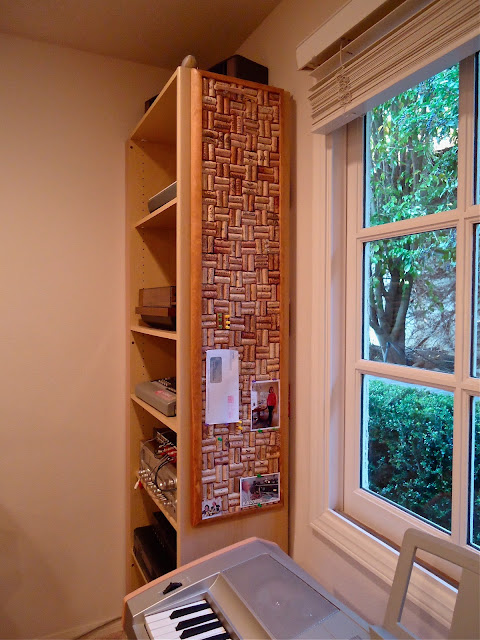 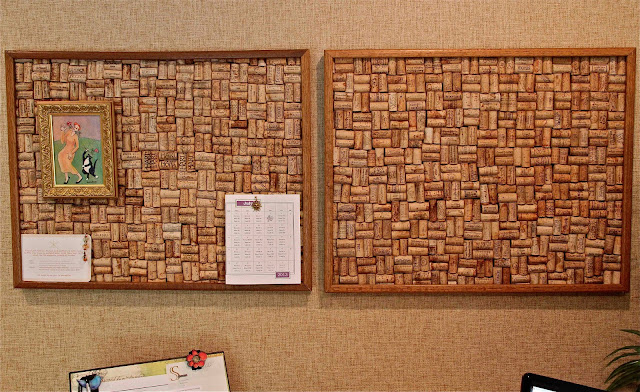 I started making cork boards because they seemed like a logical place to put some of these corks (and it was before everyone started pinning digital items on Pinterest).  Then, after seeing a cork wreath on the wall of a winery in Napa I thought, 'Hey, that looks nice--I should make one.'  I experimented with different ways to assemble corks until I got the best result. 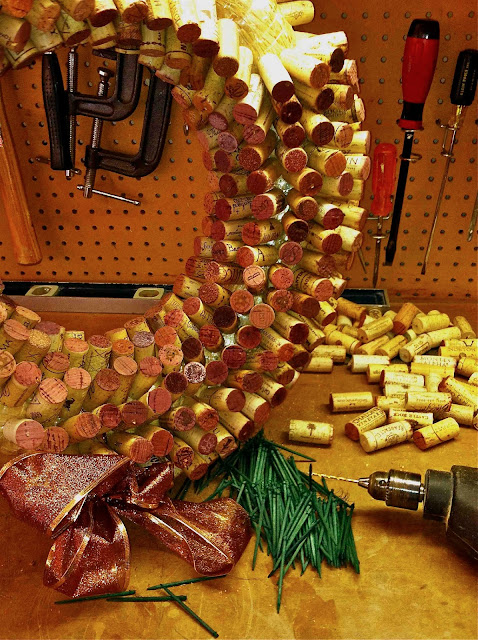 It turned out that using a straw wreath, drilled corks, and floral picks made a pretty durable cork wreath that was fairly easy to assemble and  maintain. I like drilling picks better than gluing, because it isn't as messy and the corks are easy to reposition or replace any time. 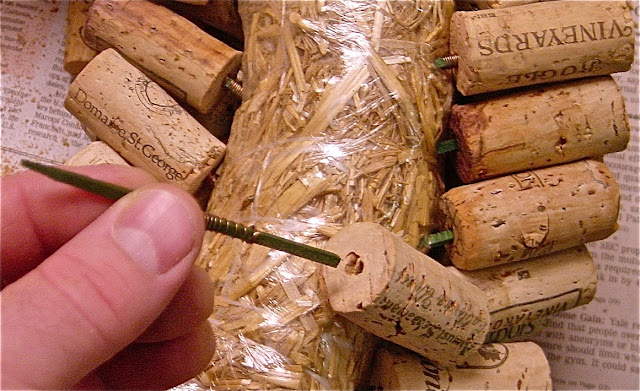 The really hard part about making cork wreaths is finding close to 400 wine corks (~33 cases) to make just one wreath! No problem, fewer corks are used for Champagne cork wreaths. Over the last few years some friends have saved wine corks for me, so a little of the cork collecting pressure is off.  I even save plastic corks; and someday I'll figure out what to do with them… 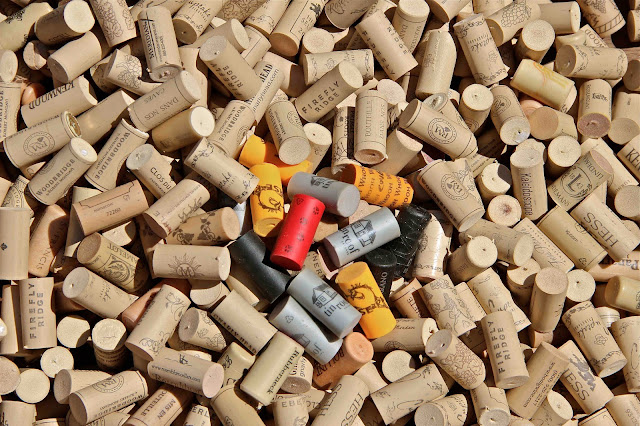 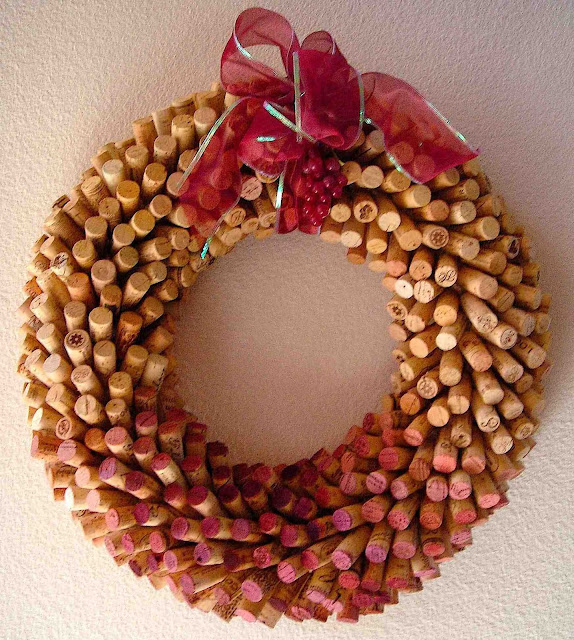 I sold a few of my wreaths to a local wine shop, Wades Wines, and a few were sold from pictures I had posted on Flickr.

At the end of last year the editor of Pottery Barn's blog 'Inside & Out' contacted me and included one of my Champagne cork wreaths in the December blog for the New Year. 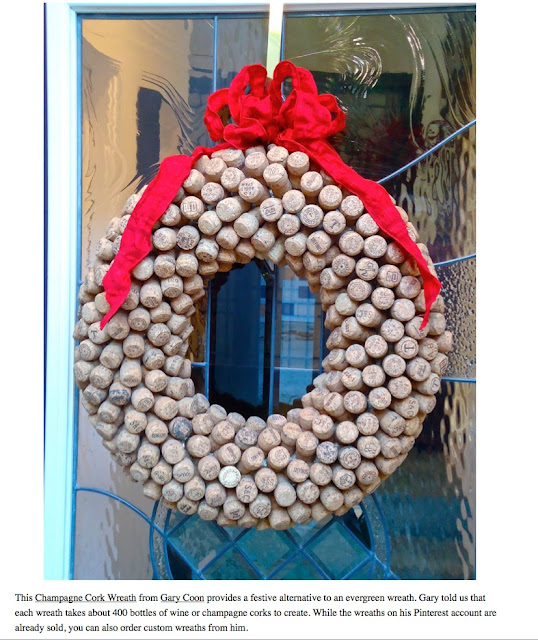 This Champagne Cork Wreath from Gary Coon provides a festive alternative to an evergreen wreath. Gary told us that each wreath takes about 400 bottles of wine or champagne corks to create. While the wreaths on his Pinterest account are already sold, you can also order custom wreaths from him. 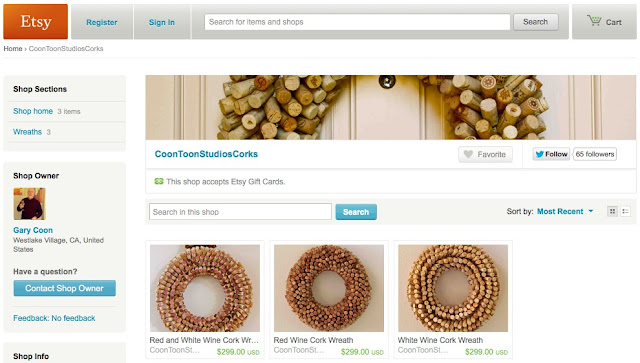 I also opened an Etsy shop at http://www.etsy.com/shop/CoonToonStudiosCorks. They aren't cheap, but, hey, think of all the money you'd spend on wine to collect just the corks!  Now they're cheap!

So, if you've been saving corks, now you know what to do with them! And if you don't want to make your own wreath, send them to me and I'll put one together one for you (at a good discount).

A few other cork ideas... 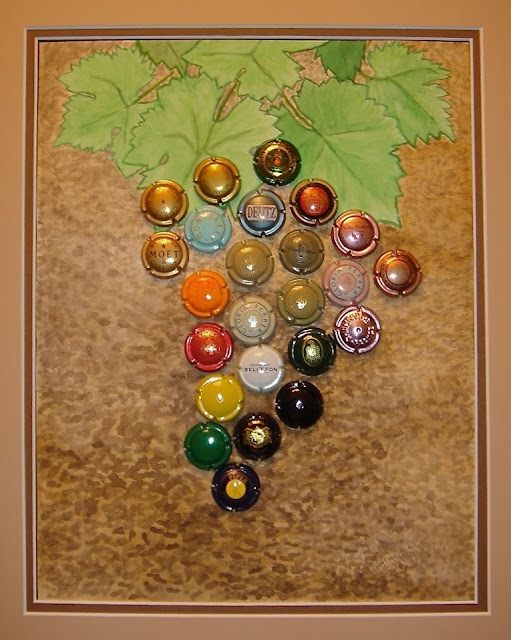 What to do with those metal Champagne tops?  I painted a watercolor and placed them on it so that they'd look like a cluster of grapes, although some people think it's South America. :-(  Well there's a lot of good wine coming from South America, so maybe that's not all bad. The metal tops are glued onto slices of cork, which are glued to the painting. This obviously gives it a 3D effect, so the painting is mounted in a shadowbox frame. 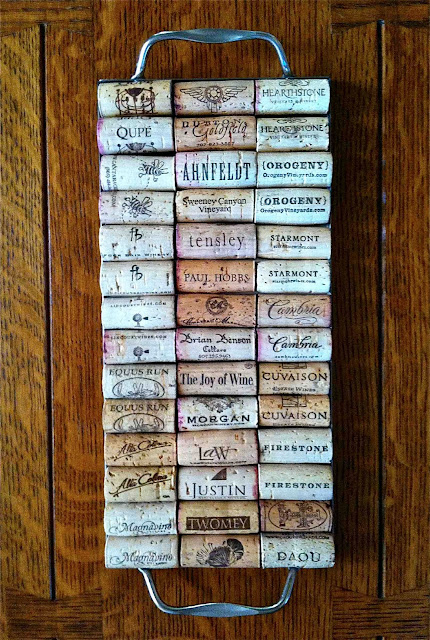 And everyone makes cork trivets, so I made one last week too.  I found a clear automotive glue that attaches practically anything to anything else. It seems to work pretty well so far.

I don't have a picture of the wreath I made using single malt scotch and whiskey corks.  This type of cork/stopper has either a black or a fake wood top and they look pretty good when they're in the bottle. Unfortunately, when you stick a bunch of these things on a wreath it starts to look like the Sputnik or some kind of underwater explosive mine.  I took it apart and I'm still looking for something else to do with these corks.

Let me know if you've got any new cork creation ideas.  Send me a picture if you've made something using corks.  I've seen a recliner chair made out of corks; now that takes a lot of corks!